On Thursday we left ‘Germany’ and headed north east to Etosha National Game Park. Here we spent two nights camping-but it’s more like glamping. We sleep in a tent but there’s an outdoor kitchen and a shared bathroom for all of us. Literally jackals are everywhere and  they kept coming in to our camp. At one point I caught one almost on the dinner table. I pretended to shoot it with my fingers ‘bang bang’ and I got rid of it just in time. We are told that if we leave anything like shoes outside our tent they won’t be there in the morning. There are also black mamba snakes so we have to make sure our zipper to our tent is always closed. Fun times!

After we set up our tent we went for our first pseudo safari. I say pseudo because we drove in the bus we have been traveling in. I definitely wasn’t expecting to see a pride of lions right by the gravel road eating it’s kill, but there they were! We were literally meters from the lions. They were beautiful! We got our safari toes wet and saw more wildlife like giraffe, wildebeest, springbok, oryx and zebra.  Our campground is particularly cool because there is a water hole with tons of benches and a viewing area. 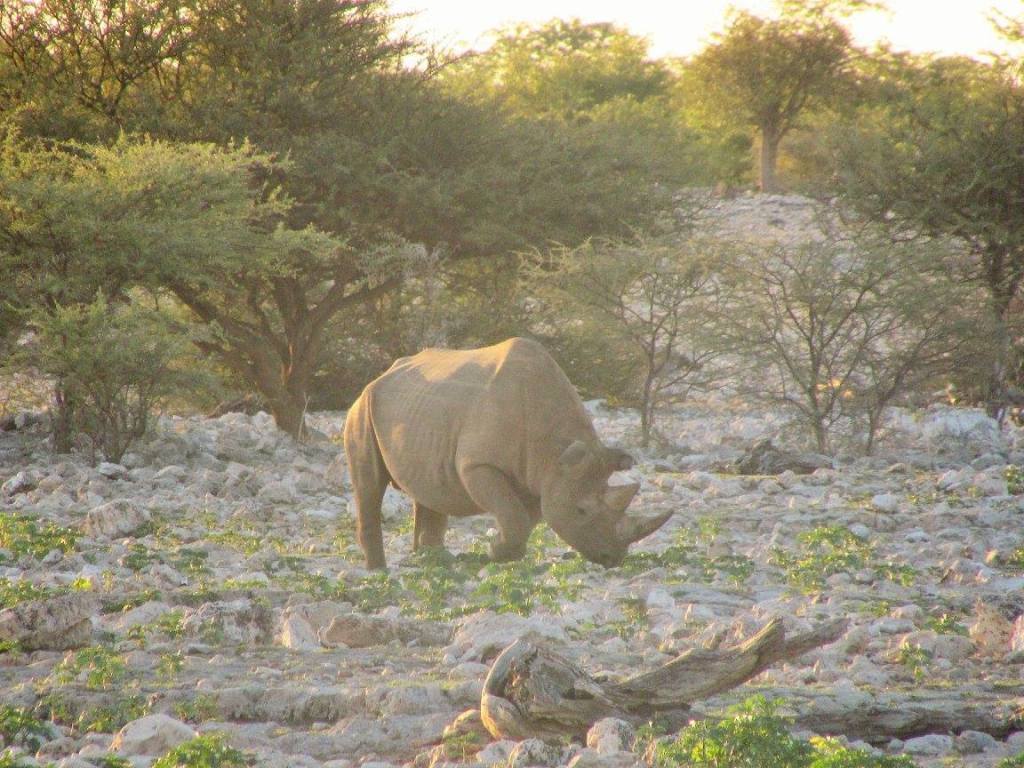 Because there is very little in terms of a water source, the animals come here to drink. Before dinner I decided to take a shower but while I was in there I heard there was a rhino at the waterhole. I threw my clothes on in a hurry and ran to the hole. Indeed  there it was! The rhino is pretty elusive and rare to see and this guy definitely put on a real show. While the sun set behind him, we got amazing close up photo opps. I felt like crying because this just feels so surreal. But the tears were abruptly stopped when a massive flapping bug flew at my ear! I felt like Kramer! WhoA!!

Friday was a full day of game drive. We woke at 530 and were off to see all the animals. Nothing can compare to seeing these amazing creatures in their natural environment. The highlight was three cheetahs and all the lions. We saw 4 more lions, and they were all super close to our vehicle. At one point the big male lion growled at us and the sound just shook the ground. Before we wrapped it up for the day we came across three lions all cuddled up together. It was a lion orgy with two males and one female. Their legs were draped over one another and it was just so damn cute!

There are a few different tribes in Namibia, but one that dress…or shall we say don’t dress in a traditional way are the Himba. The Himba Tribe are indigenous people with an estimated population of about 50 000 living in Northern Namibia and Southern Angola.  The ladies are topless and they cover themselves in a dark orange otjize paste. This is a mixture of butterfat and ochre pigment and is said to cleanse the skin over long periods and protect the people from extremely hot and dry climate, as well as mosquito bites.  It is quite a sight to see the Himba walk down the street among people dressed in western clothes. Only in Africa! 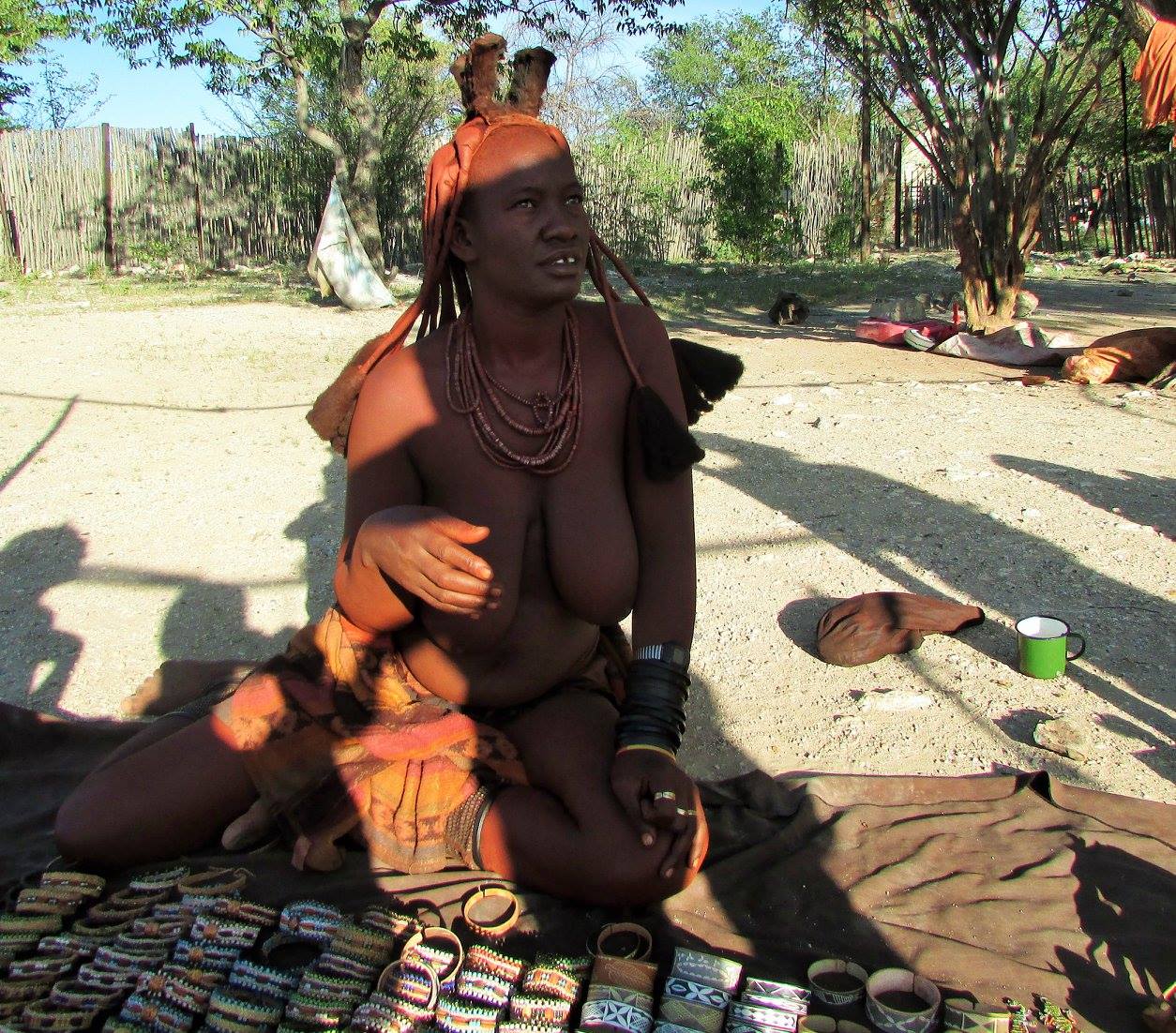 One response to “Etosha National Park”