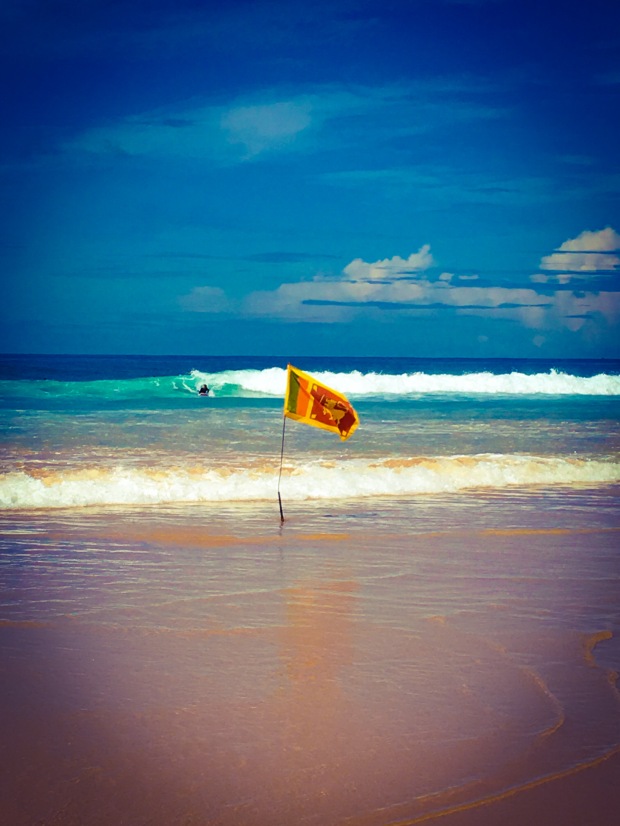 Thursday morning the four of us stood at the front of our hotel while the van pulled away with the rest of our tour group. As usual H-bomb was a blubbering idiot. I’m just the worst at saying goodbyes!  We’ve become quite good friends with a girl from London and another from Germany, so the four of us stayed back and spent most of the day on the beach before venturing to the surf town of Hikkaduwa.
On the way we stopped at the Tsunami Memorial that was built to commemorate over 1000 people who were killed in a train car at that very site. Our driver was telling us about that day and where he and his family were when the tsunami hit. That morning the tide had receded back anywhere from 1-2 km. Some people were literally walking out on the ocean floor because they had no clue what was coming. In the village where the memorial was they were told to seek refuge in the train car because it was so heavy and seemed like the logical place to go for safety. Unfortunately it was only a death trap and all the people killed in that train car that day are now buried under the memorial. It’s truly unfathomable to imagine what it must have been like. Close to 100 thousand Sri Lankan’s were killed that day (and thousands more in Thailand).

The plaque commemorating all the lives lost in the train car

A little further down the road was a massive white standing Buddha statue. It is an exact replica of one of the statues that used to stand tall in Afghanistan, but were blown up by the Taliban a few years back. This amazingly beautiful monument was built by the Japanese to once again commemorate all those lost in the tsunami.

After finding our guest house we didn’t waste time to hit the shops. It’s that time of the trip for some hard core power shopping. I have to admit that India was much better in prices and variety of ‘stuff’, but it’s not difficult for me to find things to buy. Just helping support the local economy right?!
Oh my gosh, I forgot to tell you about what happened on the train the other day. So get this – I was sitting next to the window (the window was wide open) and just as we started to move from one of the stops this man reaches in and grabs my boob! It all happened so fast. Clearly he must have done this before … a professional titty toucher! I wish I had time to thank him because that’s the most action I’ve got in a long time! 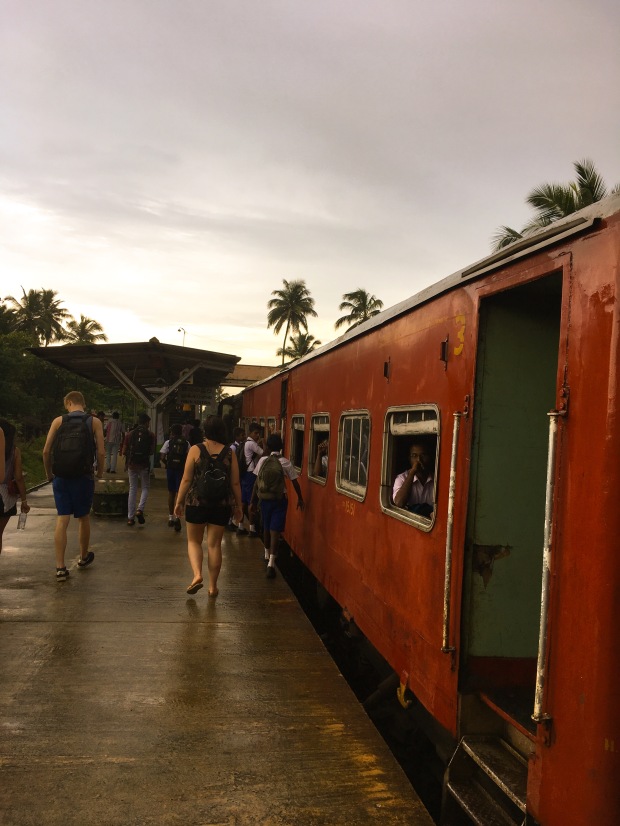 Yesterday was another full day of beach time and souvenir shopping. It was a perfect last day in Sri Lanka. This morning after we had our final swim in the sea, we were sitting out looking at the ocean when someone snuck up behind us. Our guide Sam and his two kids came back to say good bye to us one last time. He is such a sweetheart with the kindest soul. He has the most lovely smile and we are really going to miss him.

Kris and I with Sam (and his two children), and Ash and Lena

We’ve met so many great people throughout this month; both in India and Sri Lanka. Our guides Mouthou and Sam put their heart into showing us their amazing countries. While driving to the airport there were so many images that flashed before my eyes and I tried to take a mental snapshot so I wouldn’t forget each one. From the lush, green vegetation to the bright blue sea.  Stopping on a busy road while a little old man in bare feet herded a bunch of bulls across. Farmers drying rice on the side of the road and spreading it out with their feet. Men sleeping on top of a pile of fruit in the back of a pick up truck while driving on the highway. Tiny old men riding bicycles with their knees pointing out to the side – some carrying things like roosters in their baskets. Four people packed on to a motor bike, but only the driver wearing a helmet. Road side stalls selling every tropical fruit you can think of … my favorite being a rambutan.  These are all things that are so different from home but are what make the gift of travel so special. Like every adventure I think I’ve learned so much. I hope that my experiences have made me grow as a person and I also hope that through my adventures I was able to bring a little piece of this part of the world to you.
The direct translation of  Sri Lanka is ‘an island of paradise’ and PARADISE is exactly  what this country is. 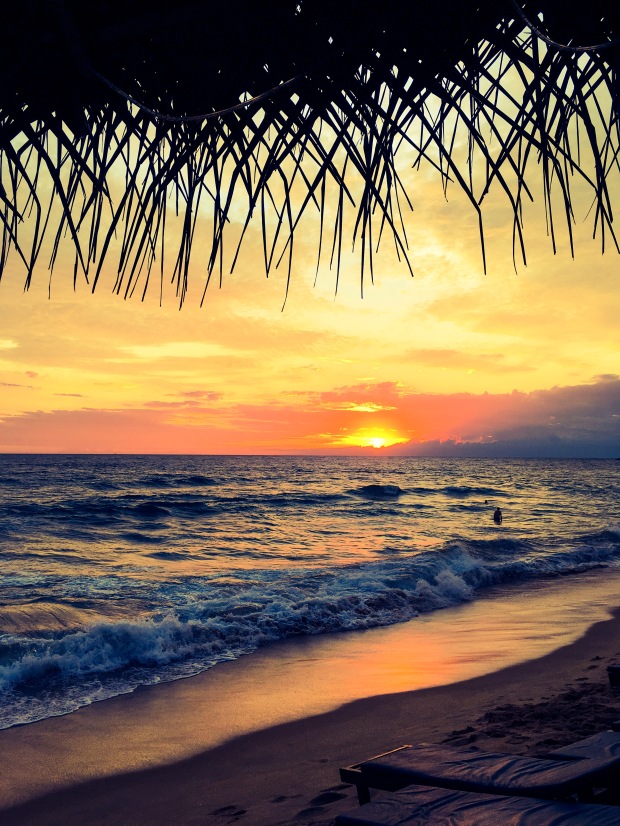