Farewell and Yamas ~ a reflection from my time in Greece

Yesterday was Friday and my very last day in Greece. We were unsure of whether or not we would be going to camp but even though camp wasn’t back to normal, we were given the green light to go in and do the laundry. Laundry is one of the other tasks CCS volunteers are required to do. So far Xenia has been in the laundry for 5 weeks straight and having got a taste of it myself I give full kudos to her. There are about 15 washing machines lined up in a portable container (but only a handful work at a given time).  There is no light (that works properly) so the farther back you go into the container the less you can see. Along with actually doing the loads of laundry you also have to keep track of who’s wash is who’s and set up the next appointment for them to come drop off their next load. Again communicating this is extremely difficult when they speak many other languages and none of those are English. Let me tell you – even though I cursed at not having any light it’s probably a blessing. The smell of some of the laundry made me gag one or two times. As well, I know I was touching everyone’s underwear so you can only imagine what I was touching. Some of it was damp and I tried to tell myself it was just a wet towel, but again it could have easily have been soiled clothes. It was complete chaos the entire day because of the evacuation on Wednesday and not having been open on Thursday. All four of us worked together which was a nice way to end my volunteer stint. Once the load of wash was finished we would then put the wet laundry either in plastic bags or buckets and set them outside for residents to pick up. This worked out well until it started to storm with thunder and lightning. Now it was a mad rush to get the wet but clean clothes back in the container with us. With about an hour to go in the day our trusty machines started to break down. One by one they would error and clothes would come out dry. No water was going into the machines. This lead to a haphazard clean for those poor residents who waited patiently for their clothes.

Leaving camp was weird. I thought I was going to do a few workshops with the ladies but because the Female Friendly Space never reopened I didn’t get a chance to say goodbye to some of the girls and women whom I’d met. I know my work was needed but it didn’t feel as particularly moving as I had hoped it would when I decided sign up for this. For the most part it felt like I was doing the work of a janitor. In other words definitely needed but not particularly glamorous or appreciated. I feel so mixed about my volunteer experience. I don’t regret it by any means but it just didn’t have the same fulfilling effect as it did when I volunteered in Africa 10 years ago. When I compare the two there are definitely reasons that could explain this. When I was in Tanzania, although the people were poor and had very little in terms of material goods, the people had their freedom and dignity. They had a home and a community. They had their family and routine. Here in camp, so much of what is essential to living a peaceful and fulfilling life has been stripped from them. Although they may be safe from civil war, they don’t have the freedom to do as they please – right down to the ability to do their laundry whenever they want.

From my short two weeks in the camp I noticed that the way residents showed their appreciation was very different from culture to culture. The most grateful and pleasant were those who had come from Africa. Sadly the Kurdish seemed the least appreciative. When you look at the history of the Kurdish people however, they have been oppressed and marginalized their entire lives. Kurdistan was dismantled in 1925 and absorbed by the surrounding countries of Syria, Turkey, Iran and Iraq.  Even though the people of those areas technically belonged to their respective countries they were treated as the lowest on the totem poles. They didn’t have the same rights as their native born neighbors. So for decades the Kurdish have not had the same opportunities with education, healthcare etc and for that you can see the results in the differences of the residents. Human behavior is a direct representation of how they were treated throughout history. And perhaps there is a parallel with how our Indigenous people in America have been oppressed and why they still fight for equality and overcome negative stigma. This is my own perception and take-away from what I have experienced but I could be wrong.

Anyway last night was bitter sweet. The four of us girls went out with Mrs Fotini and her daughter Konstantina for dinner one last time. We drank ouzo, had traditional Greek food and had plenty of laughs. I get made fun of all the time because I can’t help but feed all the cats who come to my table. I’m sure the orange kitty last night had a belly ache from all the fried sardines I was feeding him. At one point in the night a live band came around from table to table awaiting their tips. At the next restaurant we could see two ladies get up and start dancing. Maria and I decide to join them and danced around the restaurant with them. It was all fine and dandy until the music got really fast and my gyrating moves scared the musicians – they quickly stopped playing. Ooops. After dinner we decided to end the night with a round of bowling. It was so much fun but also made it so sad to say our final goodbyes. Mrs Fotini made Lucy and I these beautiful candle holders made of wood. She does woodworking and I can’t be more touched that she shared her gift with us.  It’s a treasure I will keep forever. 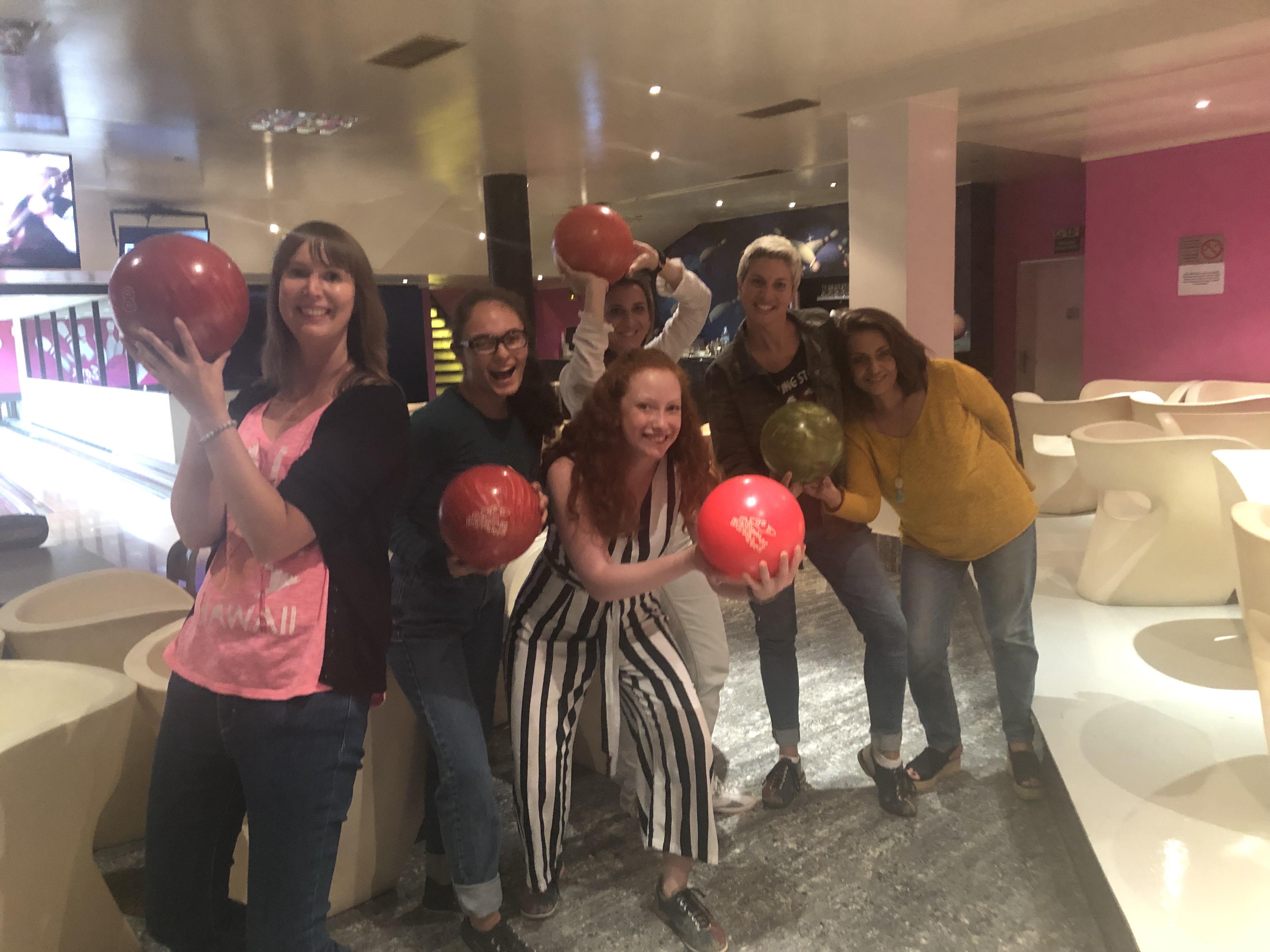 Saying goodbye to the girls today and then to Lucy was also heartbreaking. I knew I’d have an amazing time with Lucy as she makes me laugh like a mo fo, but getting to know both Maria and Xenia was also such an added bonus. These girls are half my age, but age has no boundaries and they have become my friends too. They truly have so much to offer this world and I can’t wait to see what’s in store for them next.

Thank you all for joining me on this adventure. It means a lot to have so many people interested in my passions and follow me throughout my travels. I’m not sure where the next one will be but my mind is already brewing. Love to you all!

Oh ya, I want to share a link with you. There is an NGO working with some of the women in Ritsona using a loom and weaving life vests used when crossing the sea into cushions, bags and more. It’s called Love Welcomes and I urge any of you to check out the website and perhaps do a little shopping.

And here are a few more shots from around Chalkida… 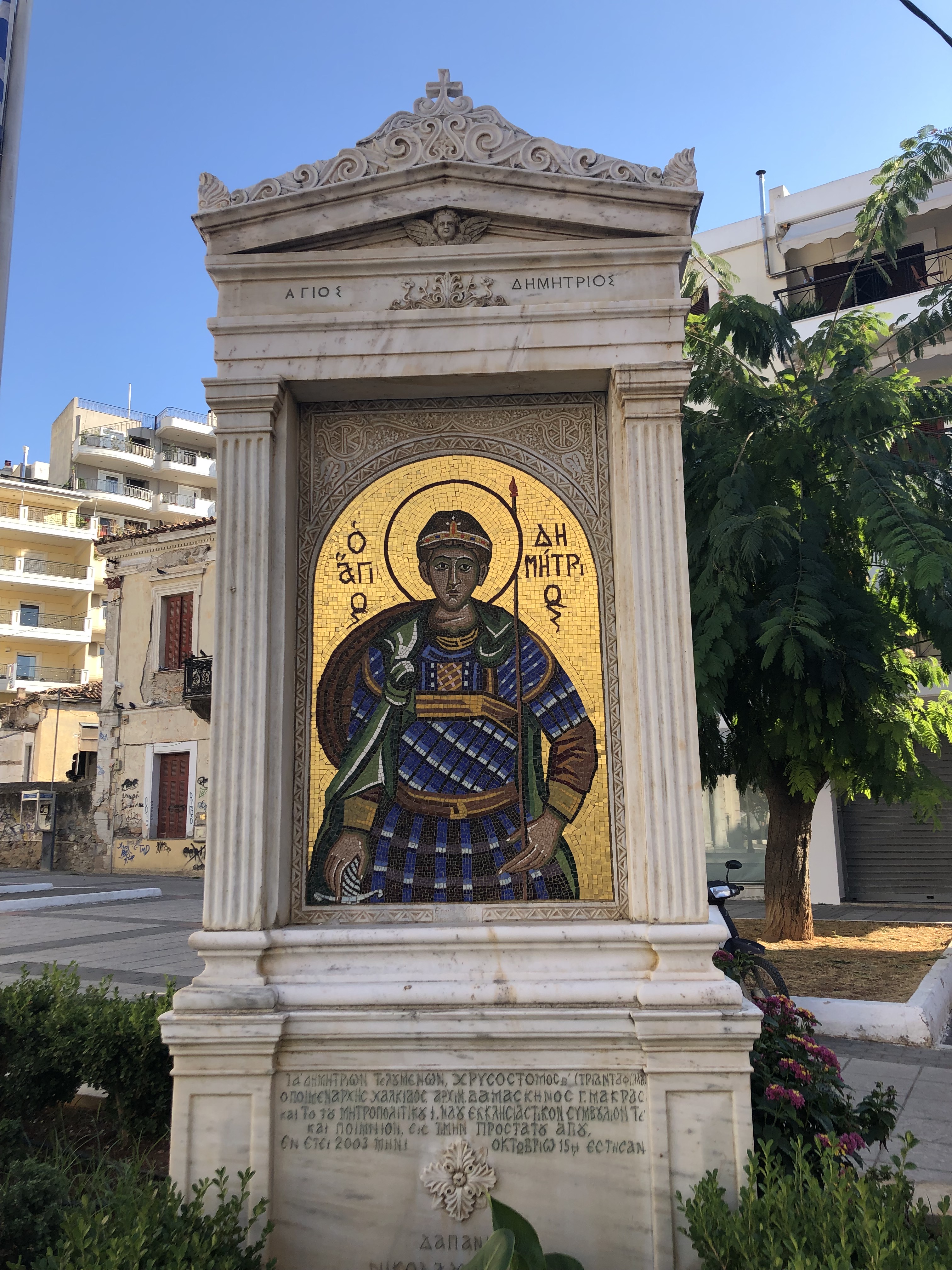 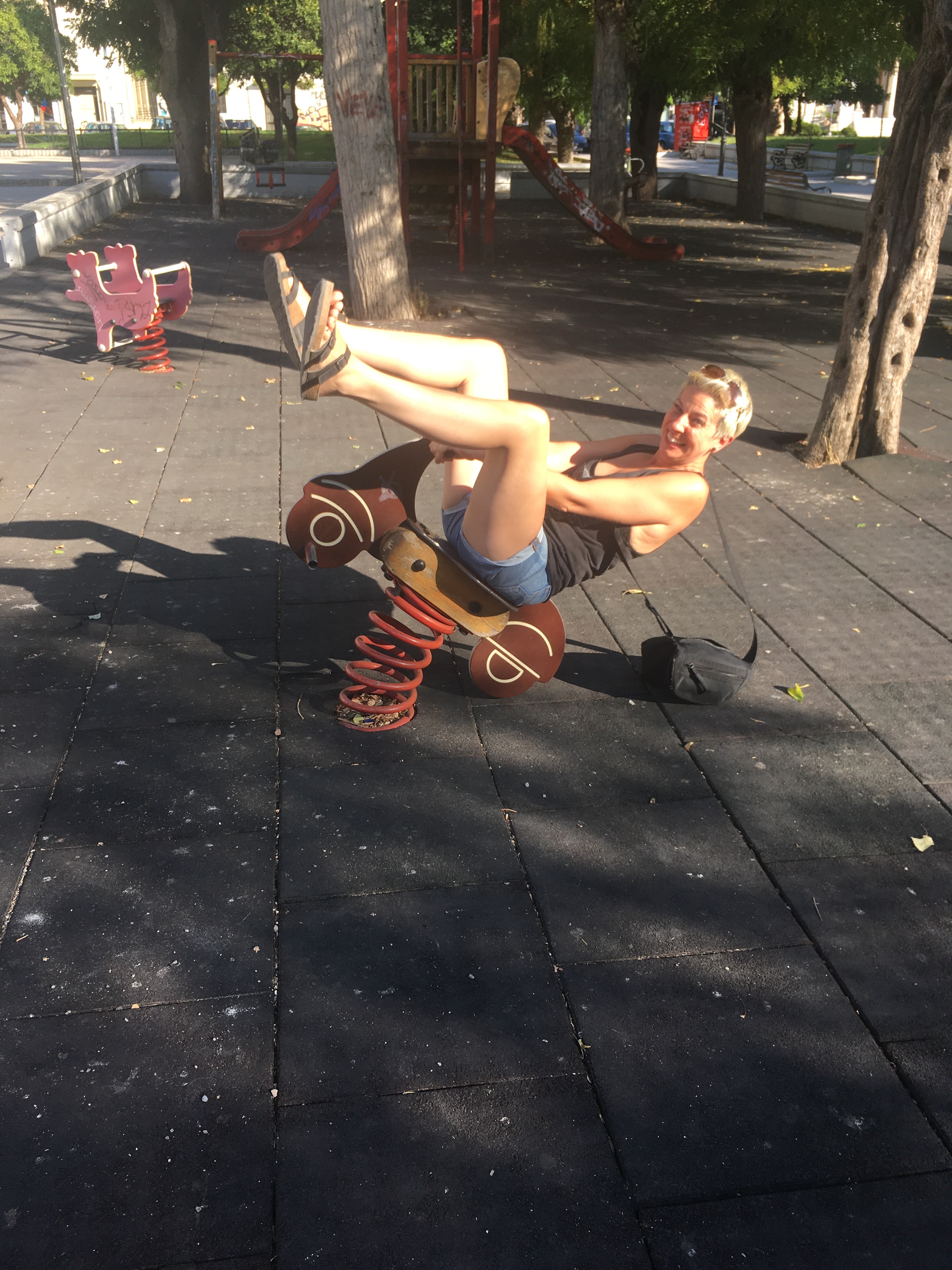 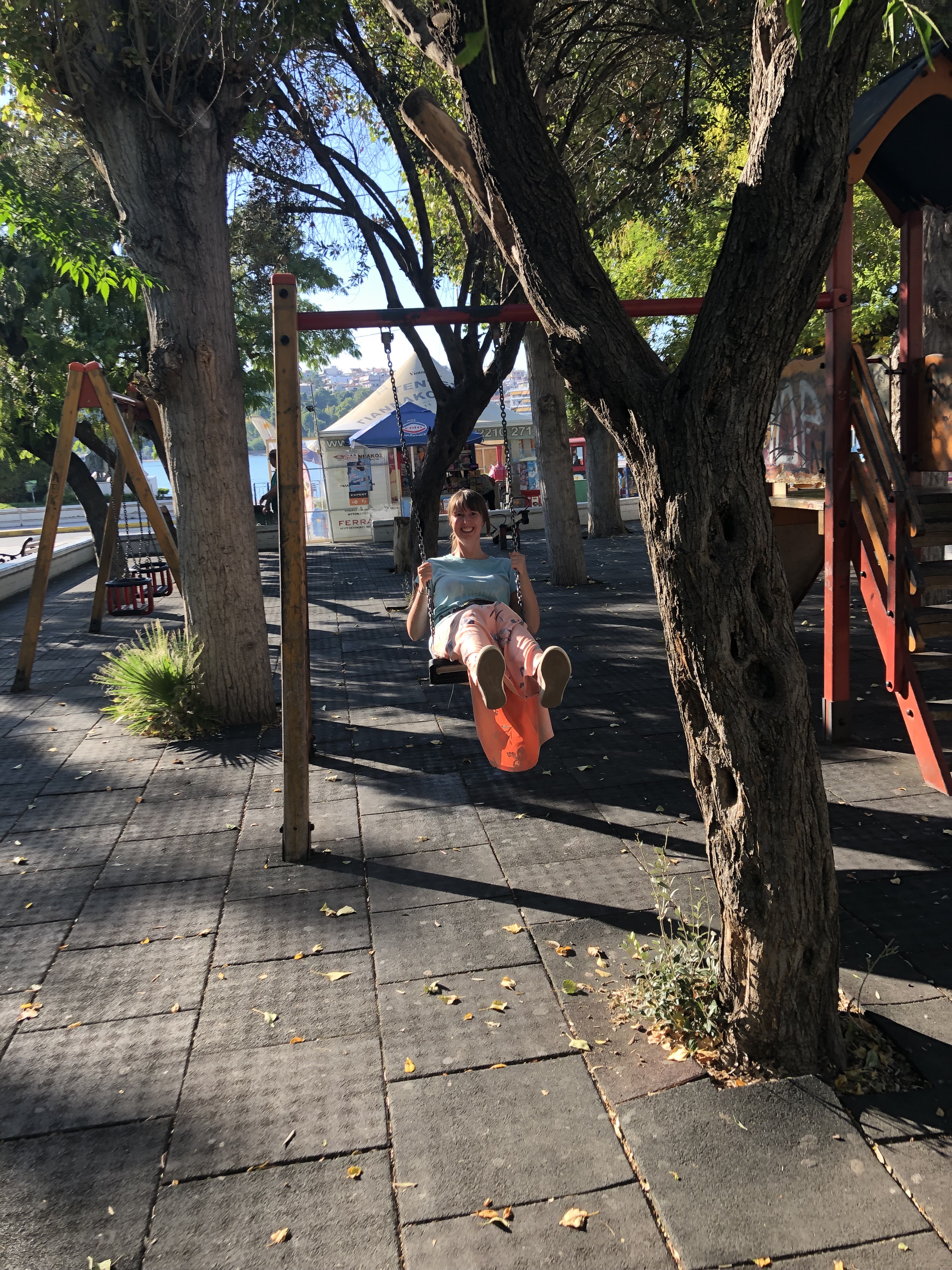 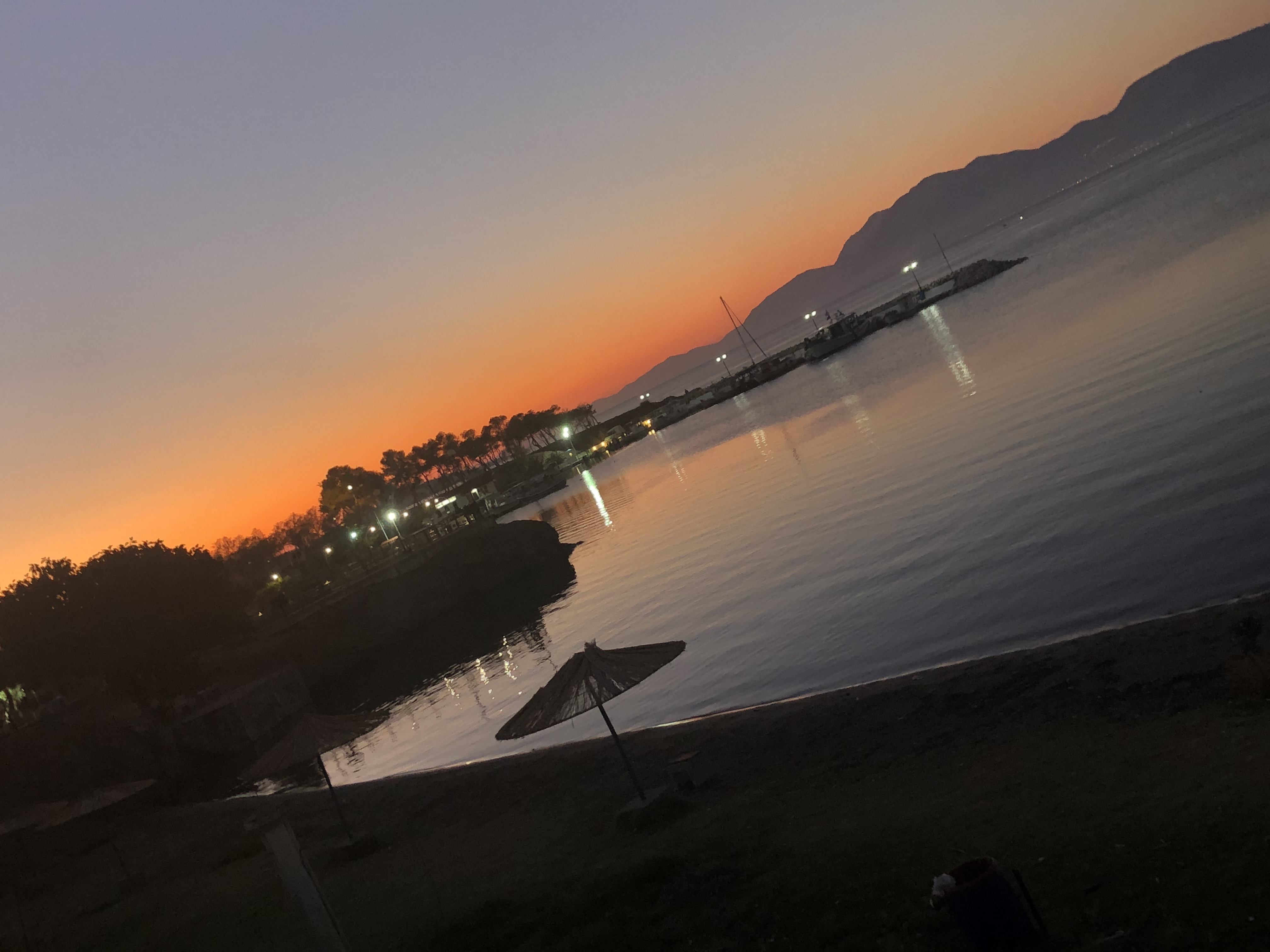