Paraty ~ The Cutest Town/I Fell Down

Yesterday we left amazing Ilha Grande and traveled south to Paraty. Paraty is this amazing little Portuguese Colonial town that is surrounded by rainforest covered mountains. It’s right on the sea and the town itself is a UNESCO World Heritage Site. The streets in the old town are all cobble stone and the buildings are white with brightly coloured doors and windows. It’s absolutely beautiful and each street has so much character. The town dates back to the 16th century so not only does it have character, but it’s also rich in history. It is said that the cobblestone streets were laid out in a deliberate fashion. Designed by the Portuguese to sit below sea level, they allow the tide to come in and out, cleaning the streets on a regular basis. Every time there is a full moon the streets are apparently completely flooded. Homes are therefore strategically built up from the main pathway. As well, the stones were laid by slaves and it is said that is why they are at such haphazard angles. This allowed the slaves to escape easier as the owners would struggle to find their footing when chasing after their them. 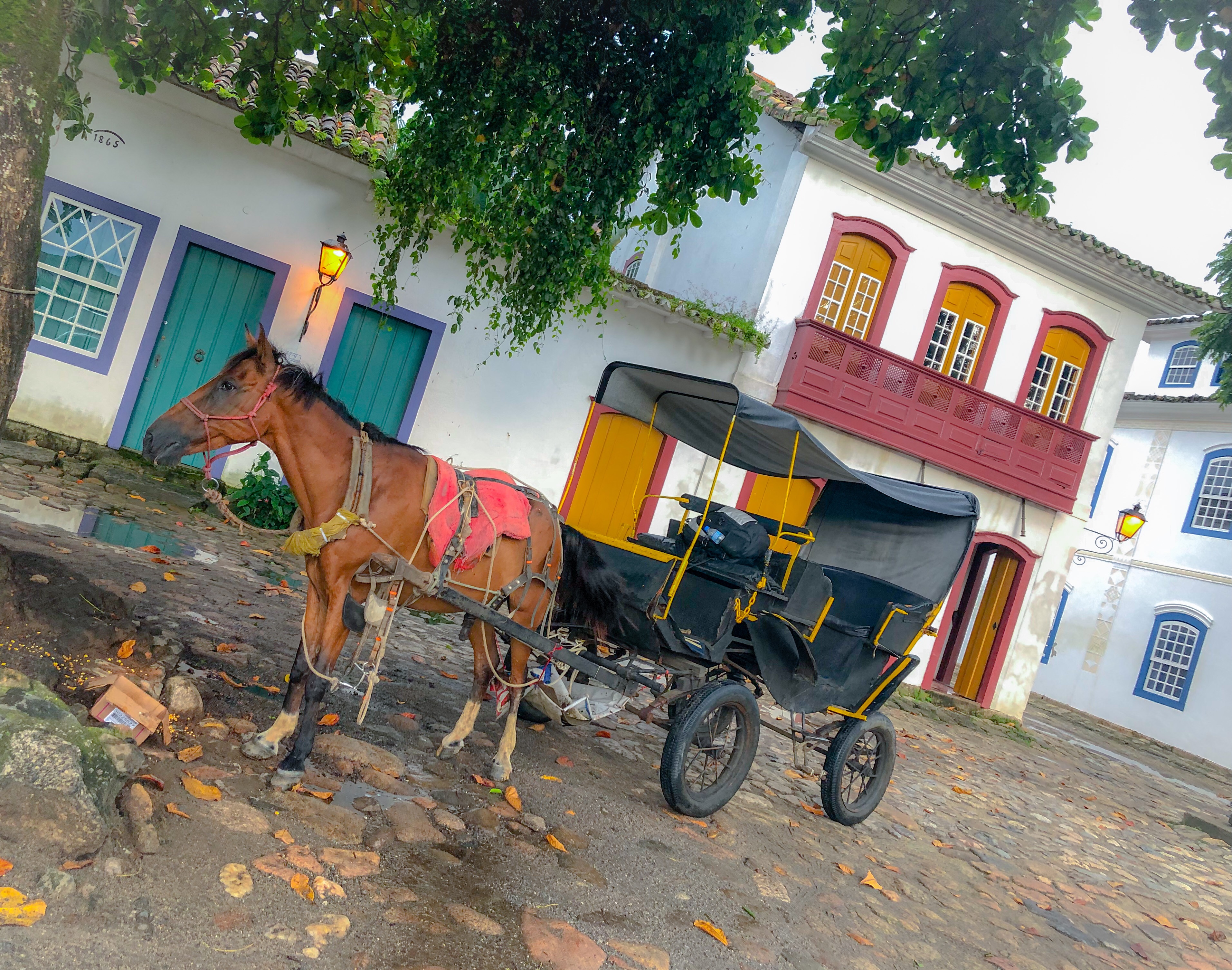 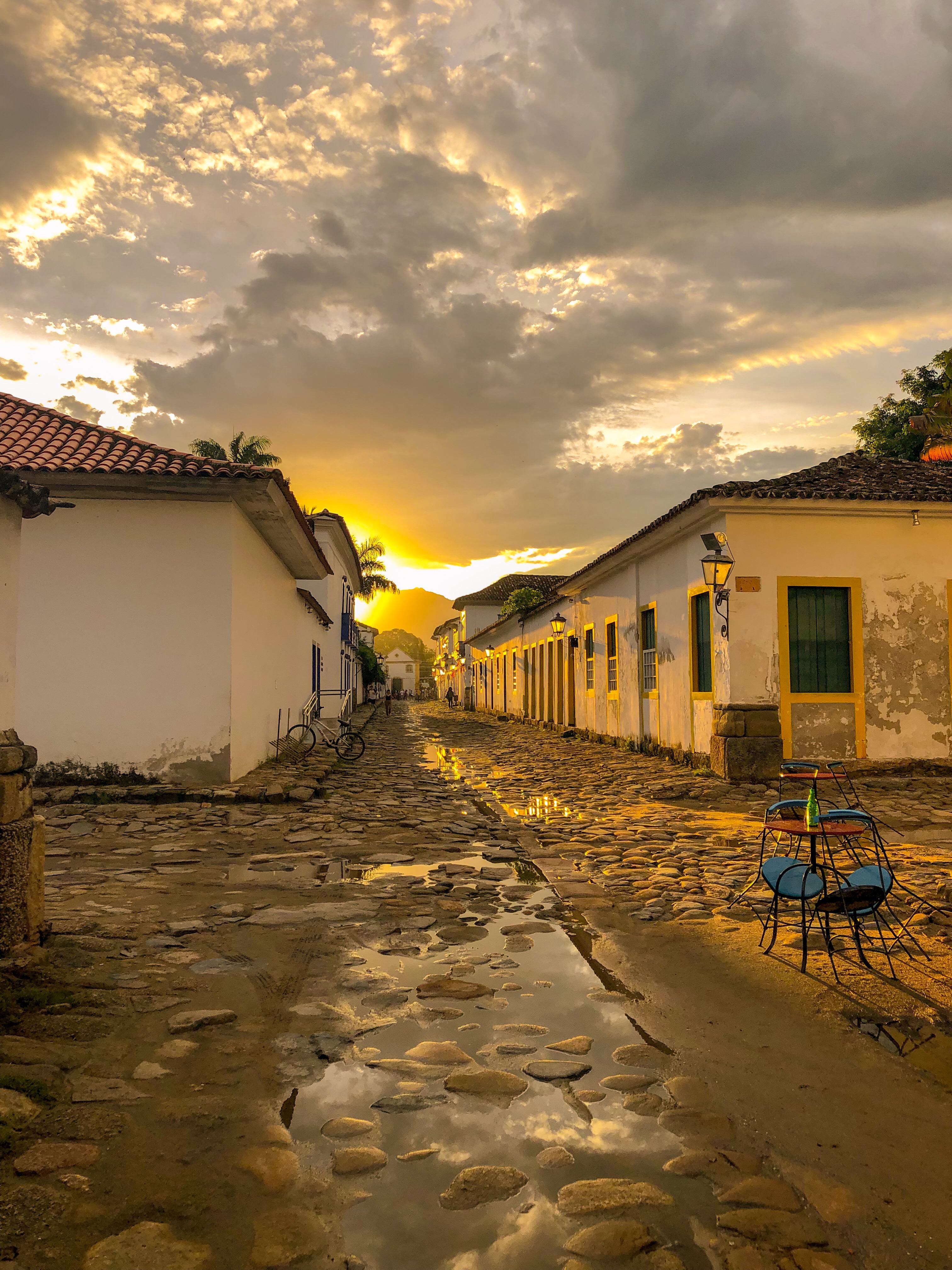 We spent yesterday in town doing a walking tour, eating at the restaurants and later drinking the typical Brazilian drinks of caipirinha and cachacas. Eventually the party spilled into the streets where live bands would play samba and everyone was dancing along. We have a really good group of people on my tour and had many laughs throughout the night. 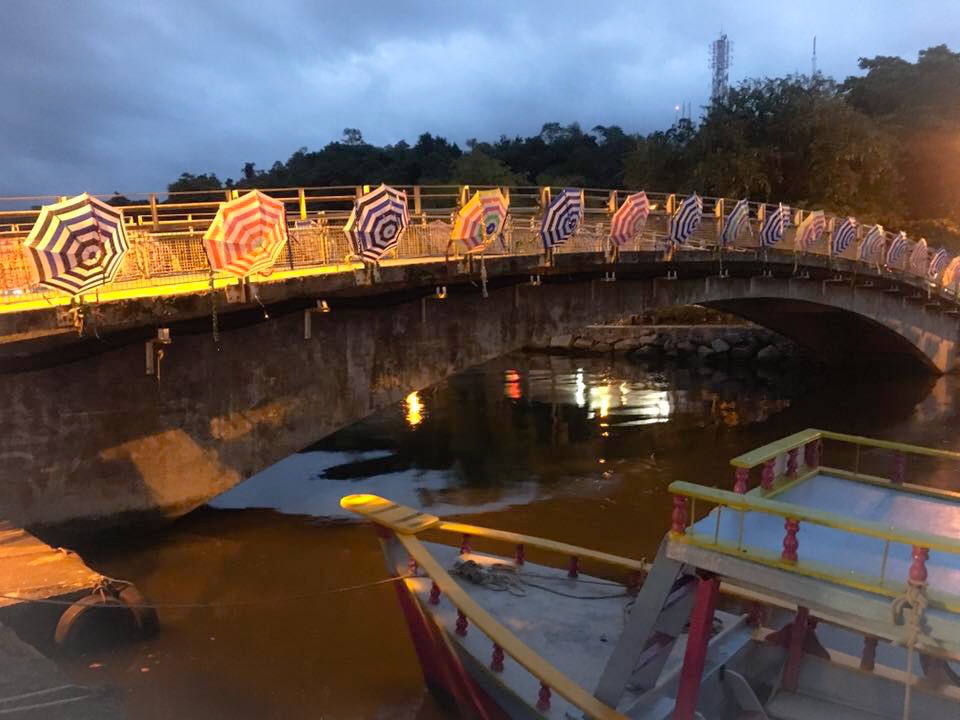 Today we had booked another boat tour. It had the same concept as the other day in Ilha Grande of taking us to the remote beautiful beaches that surround Paraty.

I got up as usual and went to the dining room for breakfast. As I was walking around the table I didn’t see a set of 3 stairs on the floor. Basically the stairs were part of an entrance, but with the door pulled down (like a garage door) the room looked like a regular dining room. It was dimly lit and and the tables were pushed quite close to the stairs. So I’m thinking you have an idea of what is coming next…it wouldn’t be a Heather style trip without a mishap! The next thing I knew I had fallen down the stairs, spraining my ankle really badly and topping that off with smashing my head mouth first into a ceramic pot! It was quite the scene let me tell you!

I knocked half of my front tooth out and did a number to my ankle. Then from the searing pain and shock (and probably heat too) I was losing it really quickly and nearly passed out. Classy! I was able to find my tooth so that helped things. I knew my ankle wasn’t broken and pretty sure I don’t have a concussion so I didn’t think it was necessary to go to the hospital. My tooth however might pose a problem as my nerves were definitely exposed. Thankfully the owner of the guest house knew of a good dentist in the area and drove me to him once I wasn’t on the verge of puking or passing out.

I guess I was going to have to forgo my boat tour and Kris was so kind and caring as she gave her tour up as well so that she could be by my side. True friends!

Luckily the dentist had a cancellation and was able to see me right away. He was very sweet and quite charismatic.  He asked if I wanted anesthetic while he filed my tooth down but I bucked up and just clenched my fists instead.  He attached my fake tooth but told me I’d have to go back to my dentist when I get home as it’s only temporary. He also warned me that depending on the impact I might need a root canal down the road.

When I got out of the dentist chair looking less like a pirate, my guide (who came with us) told us that there’s still a chance we might be able to catch the boat. It was leaving the port in 10 minutes. Our driver apologized for the crazy driving as he sped over the cobblestone streets like a wild man. Each bump killed the ankle but you’ve got to do what you’ve got to do in a situation like this. As the car pulled into the port Juan (my guide) sprinted to the boat to try to catch it before it left. Obviously I was a hobbling mess going about as slow as a turtle so I was carried along like we were doing a three legged race. Our boat had closed the ramp off so we actually entered like true pirates from another boat and then had to climb over the side rails to get into the next boat? Does this make any sense? Basically we had to jump from ship to ship but with a gimpy leg. All I needed was an eye patch and I’d be set!

The boat tour was great. I only got out to swim once but just being in a boat and watching the scenery was good enough for me. 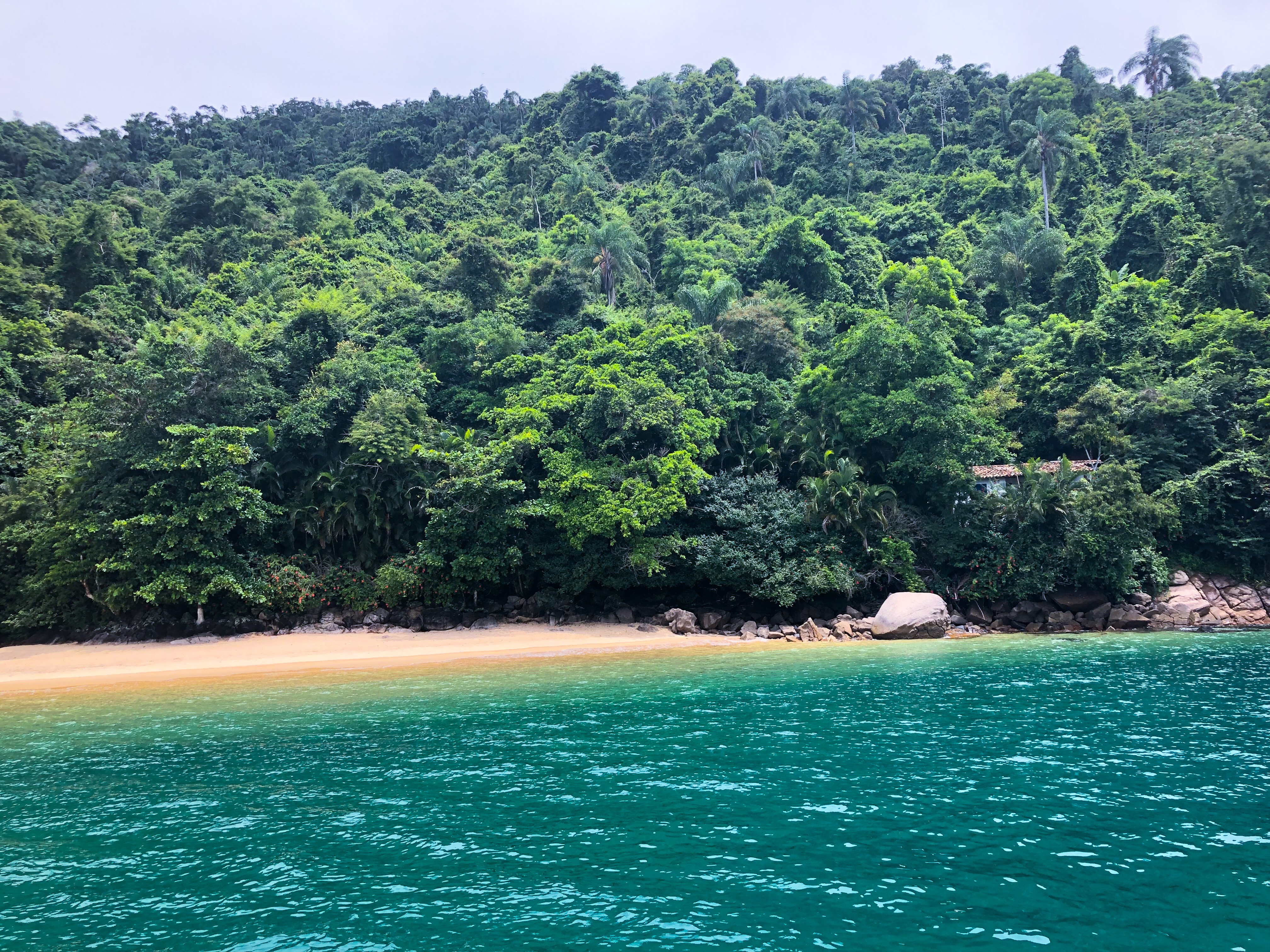 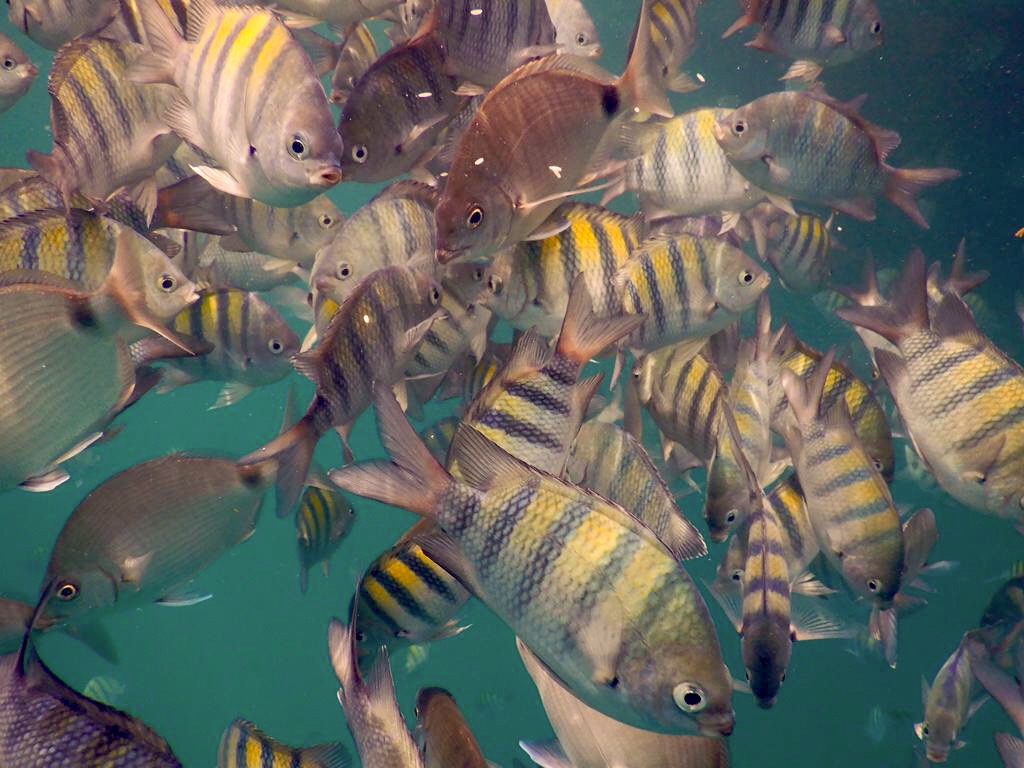 I’m not exactly sure how I’ll get by the next few days with a pretty swollen and bruised up ankle but a little gimp can’t stop me! 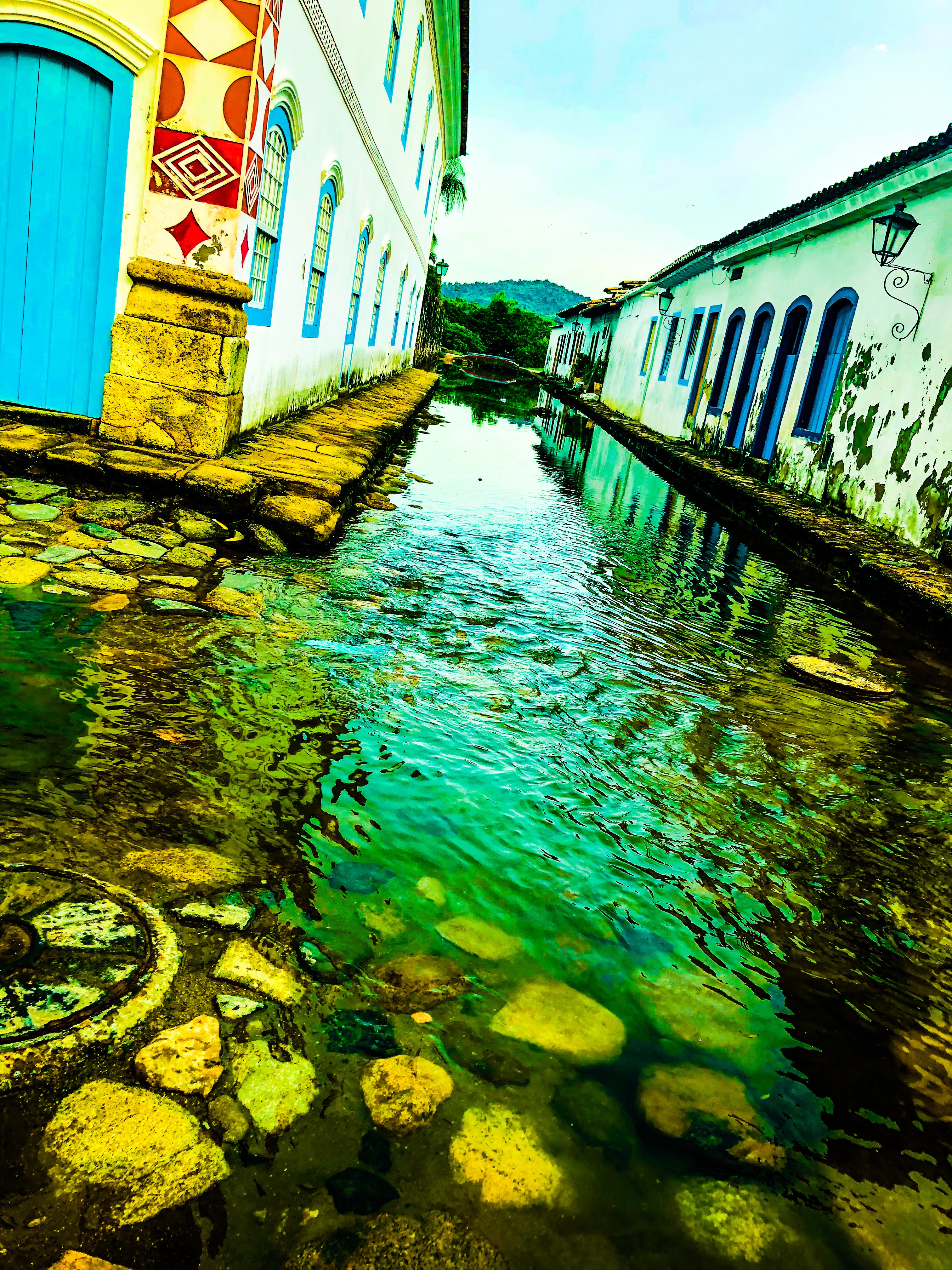 Like Loading…
← The Paradise Island of Ilha Grande
→ Stunning Outskirts of Paraty – Horseback Riding through the Rainforest ~ Tally HO!