Just Call Me The White Masaii! ~ And Let’s Release Some Turtles!

Yesterday we left Paje, which is at the south eastern part of the island and made our way to Nungwi which is at the north. It took about an hour and a half drive to get there and on the way we happened to see a sand storm funnel in the air!

I don’t know what it is about driving lately but the constant lull just puts me to sleep. It’s like being in my mother’s womb…but not! I managed to stay awake for a good hour which was a bonus because then I could see the beautiful, lush jungle countryside.

Nungwi is even more beautiful that Paje. The beach is cleaner and the water a lot more swimmable. It’s even a normal temperature so getting in the water is nice and refreshing! It does feel a little bit more touristy over here and it feels like half of Russia is on our beach. Clearly Zanzibar is the Cancun of Russia!

In both Kenya and Tanzani, live the well-known Maasai Tribe. These people are nomadic and are fairly easy to spot as they drape themselves in colourful fabrics, have jewelry stacked on their arms and legs and usually have a long stick. Genetically they are usually really tall and thin, and many of them also have the front few bottom teeth pulled as well as circular burns on their cheeks.  During the long hours on the road through Kenya I often saw them walking along the side of the road herding their cattle, but here in Zanzibar they’ve come to work and earn money for their family. I spoke to quite a few today and many work in the hotels doing jobs from security to serving in a kitchen. Like most locals here they are very friendly and happy to make small talk. Today while I was swimming in the ocean and older Maasai came up to me and started talking. He noticed my swimming abilities  (which I consider more of a DISability) and asked if I could teach him to swim. So there I was, in the Indian Ocean teaching a Maasai Tribesman to swim.  FYI ~ it was more that I was teaching him to float than to swim as my talent lies strictly in doing as little physical activity as possible! 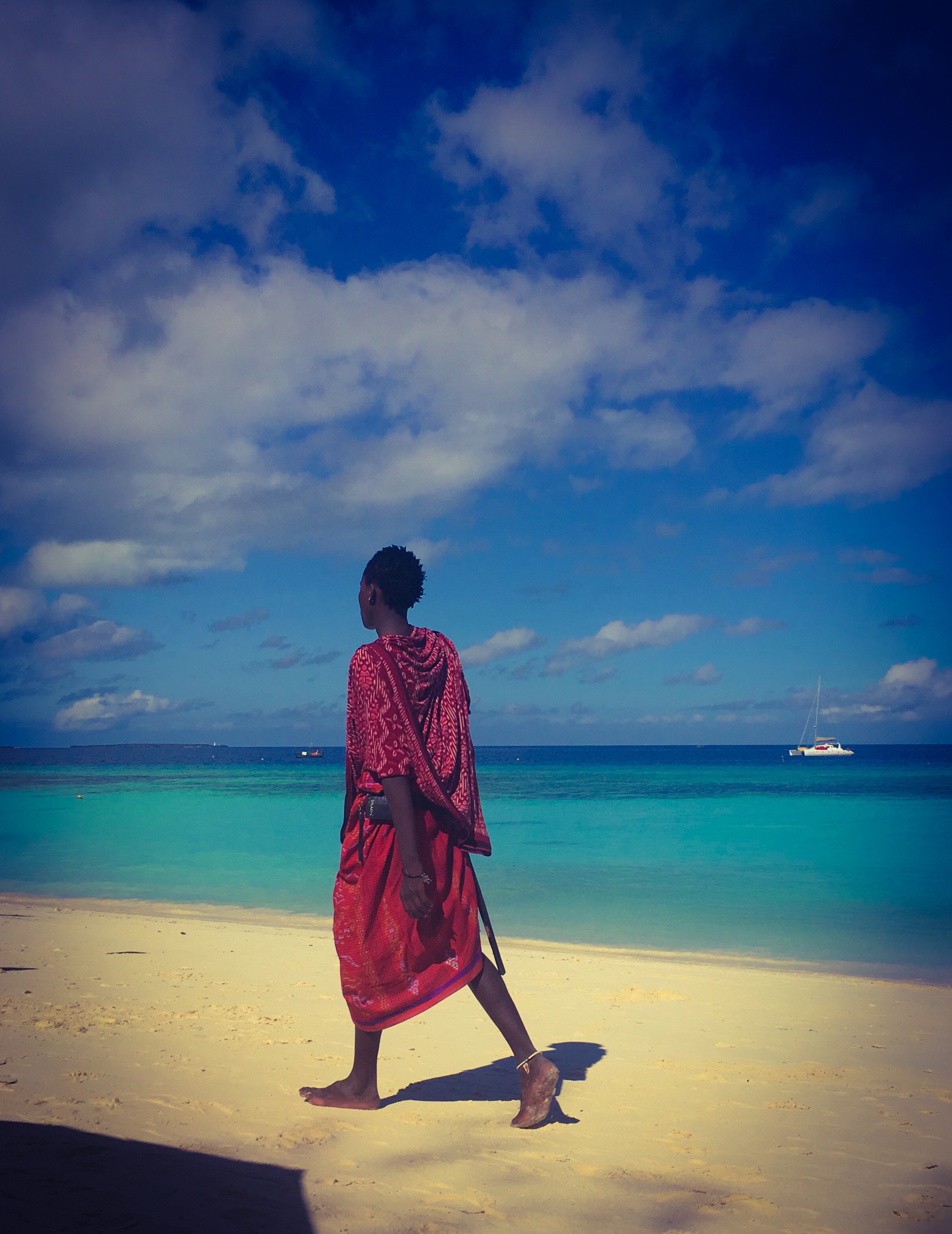 As luck would have it,  today was the Annual Turtle Release at the Mnarani Marine Turtle Conservation right here in Nungwi. When I found out about it I was all over that like a fat kid on a Twinkie. The thing is I had to go out on a limb and trust a local dude all by myself. A local man told me that he’d take me there … I wasn’t sure if this was code for murder me, but I went with my gut and decided to go. Ash sat this one out because it involved boats and she nearly yacked on our scuba instructor the other day. My ‘kidnapper’ and I walked along the beach for about 20 minutes until you could hear the sound of music and a party in the distance. This annual event was the place to be here in Zanzibar. I arrived safely and was left to my own demise for the rest of the day. 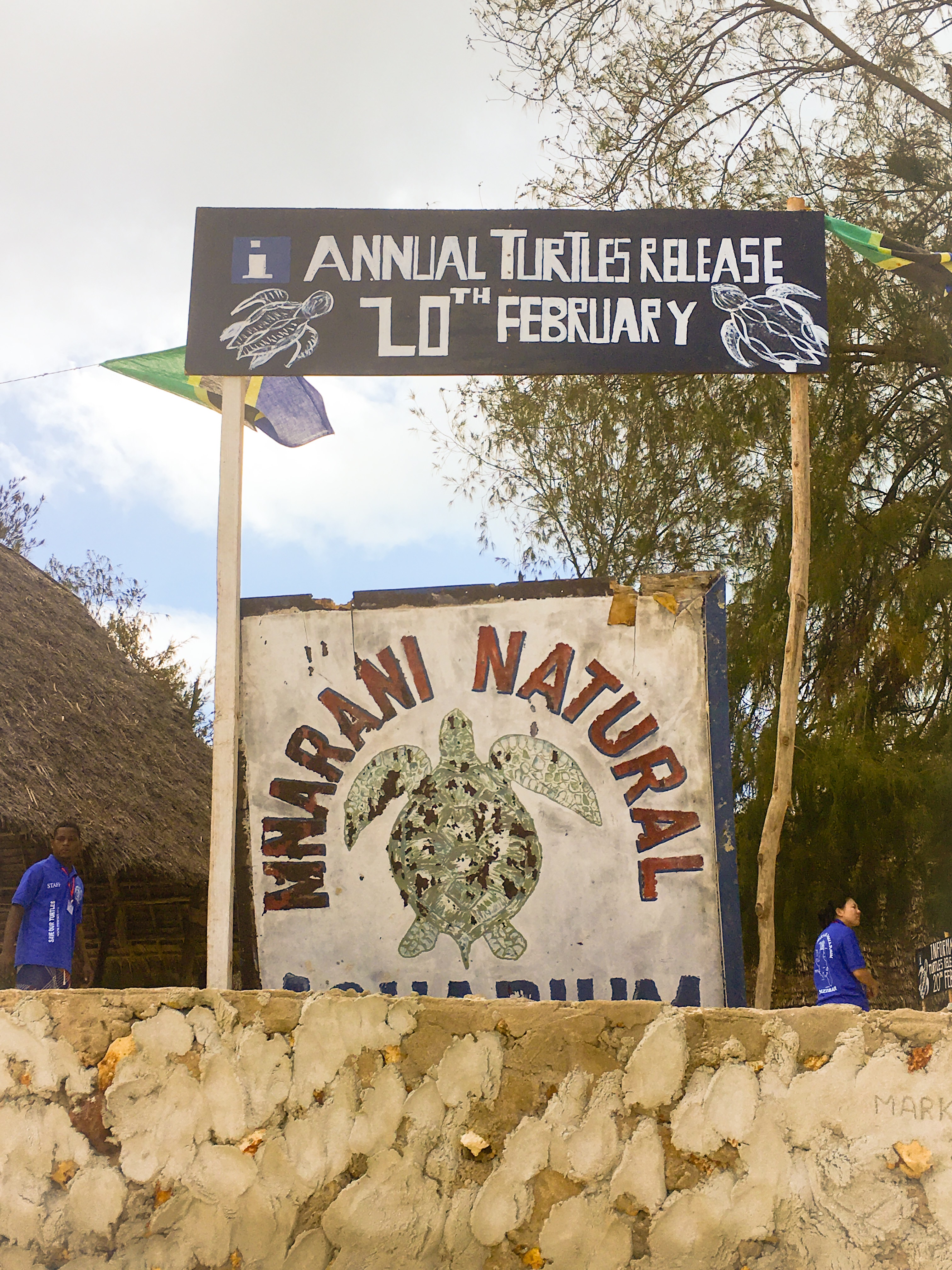 The Conservation takes in injured turtles, turtles trapped in fishing nets as well as saves the eggs. They nurture the turtles until they are strong enough, and once ready they are released back into the ocean. For some reason they only do the release once a year so the event is huge. Television crews, dignitaries, as well as the Minister of Agriculture were all there for the big event. There were performances ranging from local dancing and singing, ridiculous lip sinking, Swahili hip hop and 6 men doing acrobatics. It was impressive but holy shit watching sweaty men try to flip and catch each other on the hard ground was a little insane. You could see their sweat flying through the air, so I’m not sure how they didn’t slip out of each other’s arms! Anyway I had my Tanzanian television debut as I too sweat profusely while sitting behind the Minister of Agriculture. After all the performances it was time to release the approximate 150 turtles.

Each boat had six large turtles and by large they were so big that it took 3 men to carry them to the boat. Once on board it was like a massive party. Everyone was singing and dancing all the way to the reef. One by one we let each turtle go and as they swam further away from the boat I literally couldn’t help but cry. It was so moving to me, that for three years these big turtles were getting the help they needed so that they could be released back into their natural environment. Once our boat was empty of the big guys we made our way to Kendwa Beach. This is where the turtle eggs were originally found, so the smaller ones needed to be set free from the same beach. Apparently their instincts are really strong and they will keep coming back to the same beach to lay their eggs. I was able to hold one and pet his head until we were given the green light, and all at once they slowly made their way through the sand and into the sea. My umbilical cord snapped as I watched mine swim away from me. The whole experience was pretty surreal and I feel so honored to be a part of it. 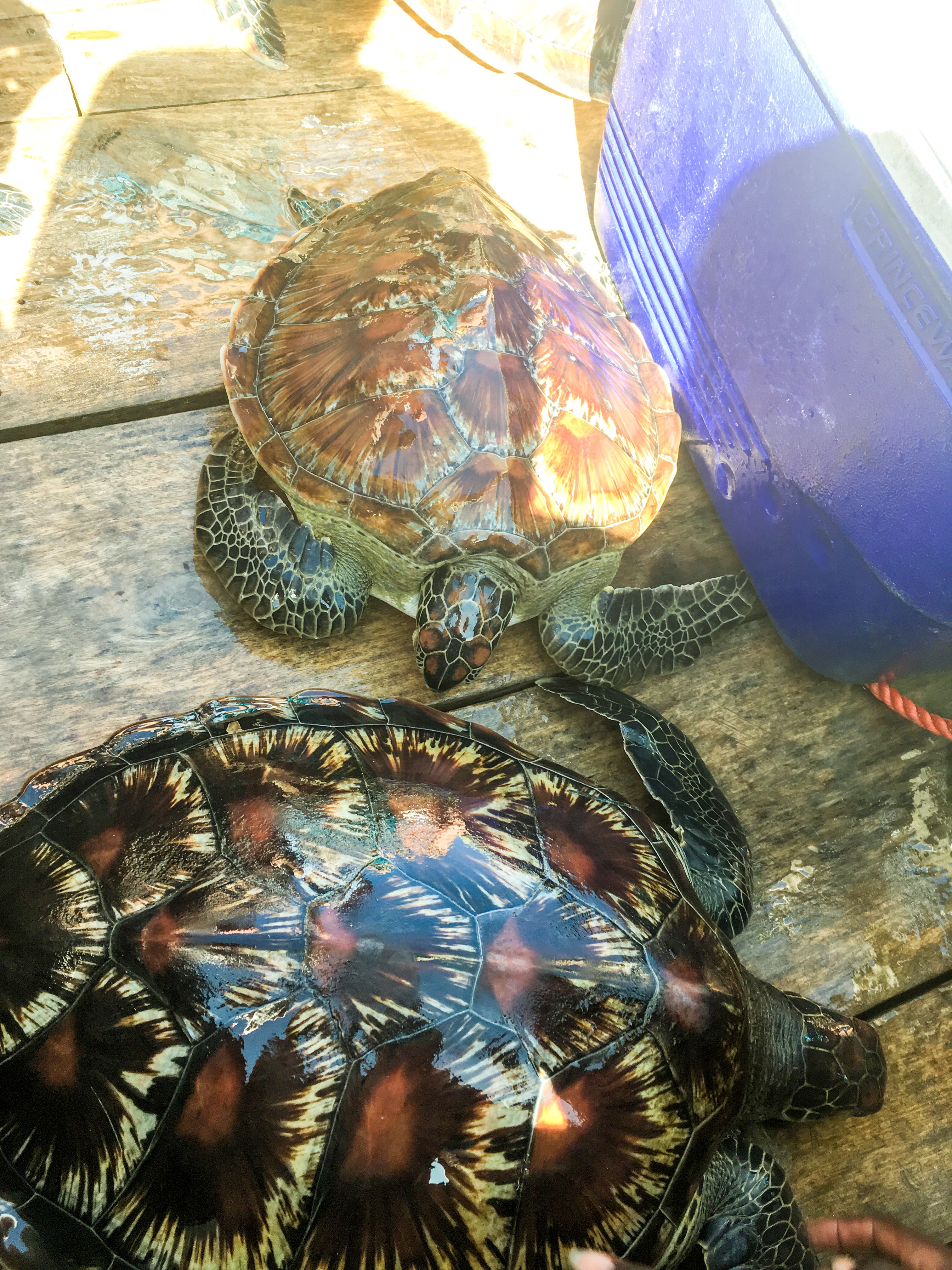 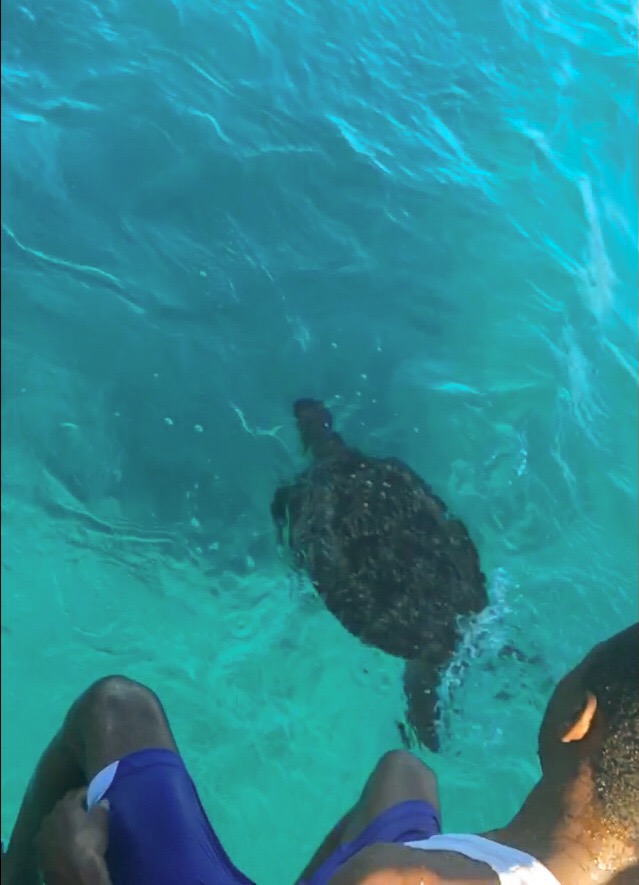 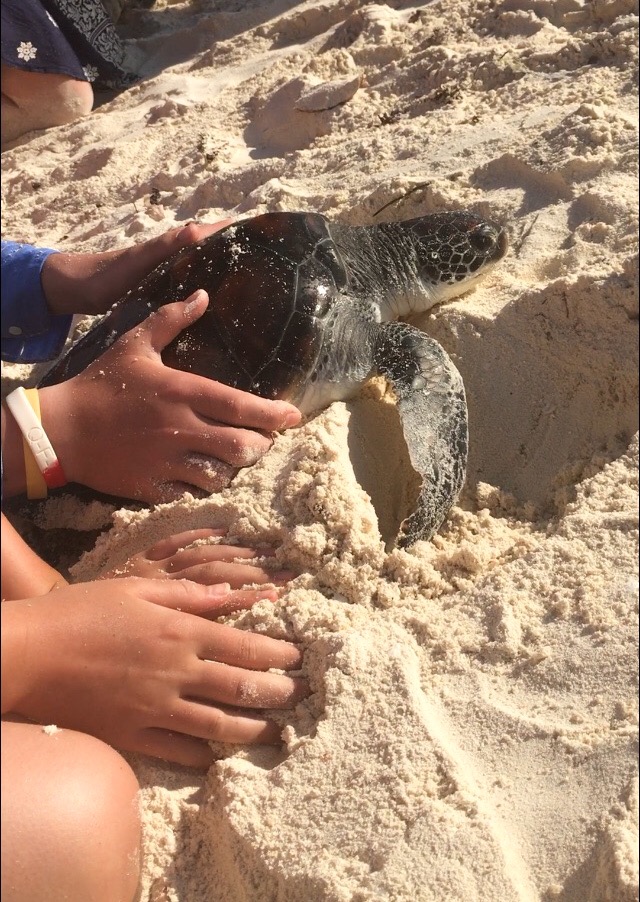 I made some new friends on my boat as well. Two more Maasai dudes. We hung out the entire time and when we arrived back to the main beach my Maasai dudes (one named Pedro and the other named Baraka) wanted to walk me home and make sure I got back safely. Of course when I told Pedro that I had a cat named Pedro his question to me was how many cows do I own! I have to say that it must have looked hysterical … two tall Maasai fully dressed in their traditional attire walking on either side of a white girl along the beach. I have to admit that we did get quite a few stares! After a few selfies with my new friends I came back to my room and by this time as I’d been gone all day – Ash was relieved that she no longer had to deal with a missing persons report. 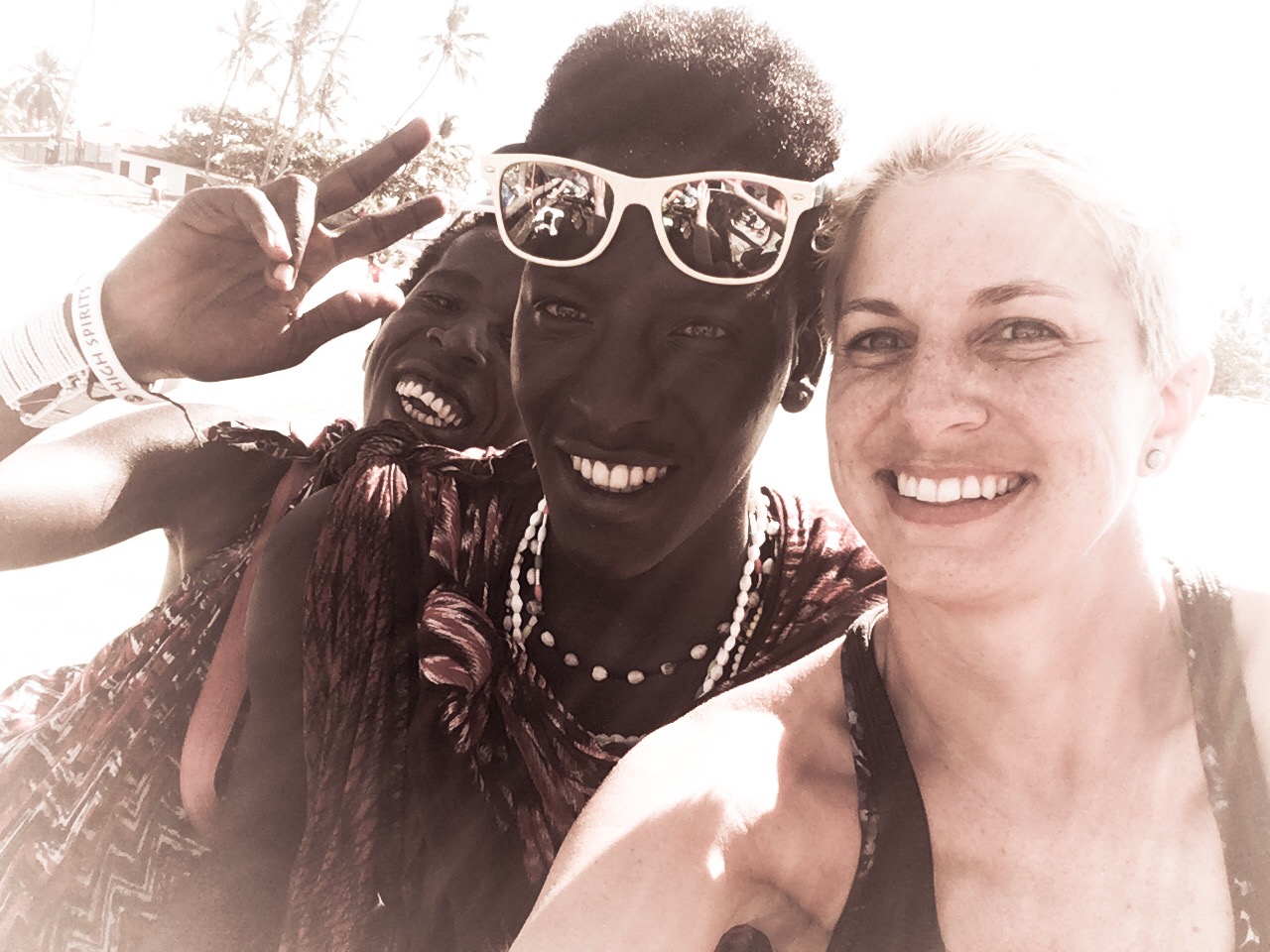 All in all a pretty good day I’d say. Released some turtles and the bonus was I didn’t get kidnapped! 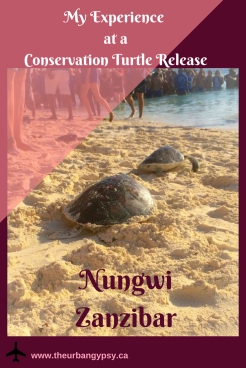 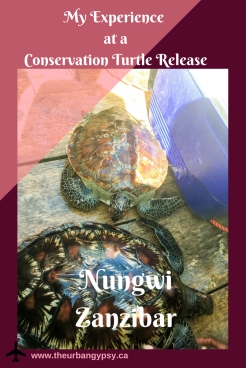 2 responses to “Just Call Me The White Masaii! ~ And Let’s Release Some Turtles!”